It started with a small seed: an idea that all children had the right to an education,

medical care and places to play, regardless of their abilities or disabilities. Back in 1950, there weren’t many choices if you had a child with a developmental disability. Services and supports were nonexistent. Parents were routinely encouraged to have their children institutionalized once they were diagnosed with a developmental disability. But a group of St. Louis area mothers decided to fight for other options. The women traveled to the first national convention of the National Association of Parents and Friends of Mentally Retarded Children, then started a St. Louis chapter. In 1952 the group became known as the St. Louis Association for Retarded Children. And very quickly, amazing things began to happen.

The St. Louis Arc’s dream takes root: the agency began to design and implement high-quality programs based on the direct needs of its families throughout the community.The 1960s were years of great growth for the St. Louis Arc. The Arc responded to area parents and offered more and varied programs to fit their needs. Hundreds of children attended Arc-sponsored preschools at six different locations. Dozens of recreation opportunities were offered, including bowling, square dancing and roller skating. The St. Louis Arc’s camping program began to take shape and for the first time, vocational services were offered to adults with developmental disabilities. The St. Louis Arc was certainly taking root. But an even bigger vision was on the horizon.

In the 1970s, many parents began to wonder what would happen to their 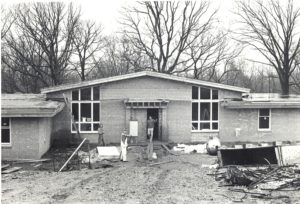 children when they were no longer able to care for them. A group of parents affiliated with the Arc formed Rainbow Village, an organization that set out to create a new residential facility for people with developmental disabilities. Fundraisers and awareness campaigns helped launch the the facility in  in 1979. The campus, located near Creve Coeur, began with seven group homes. Rainbow Village Inc. is now a housing corporation that owns and maintains the houses on campus, while St. Louis Arc staffers provide loving and respectful care to the adults who live there.

Branching Out: The St. Louis Arc turned its attention its residential program, when it noticed a need for in-home respite care. In 1981, 60 families registered for respite, which provided qualified in-home care that offered a much-needed break for parents and siblings of developmentally disabled family members. It became apparent that people with developmental disabilities could live on their own with support. In 1985, the St. Louis Arc’s first community-based home opened, giving people another choice when it came to where and how they wanted to live. There was also great interest in camp programs. People could spend a day, a weekend, even a full week at camp, taking part in traditional outdoor activities such as swimming, archery, boating and hiking. Memories made at the Arc’s camps lasted lifetimes for the people supported there.

In 1990, the Americans with Disabilities Act became law. This landmark legislation ushered in a new era of inclusion, embraced by the St. Louis Arc as it continued to grow. 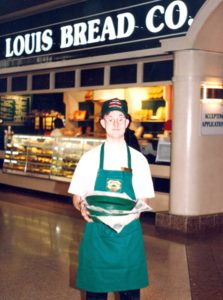 During this time, there was a new emphasis on early intervention therapy for children. The idea of a truly inclusive child care center, where children with developmental disabilities could learn alongside their typically developing peers, became reality when the Arc opened Childgarden School. Inclusion also came on the residential front, as the St. Louis Arc grew its service network for adults with developmental disabilities. The agency opened additional community-based homes and added supported living arrangements for people able to live on their own with a few hours of assistance each week. Being accepted and included in the workplace also became reality for hundreds of Arc participants enrolled in the Supported Employment program. They received the training and coaching needed to launch meaningful and lasting careers throughout the St. Louis area.

Our Family Tree: By our 50th anniversary, the Arc’s small grassroots beginning had grown into quite a family tree with a diverse group of individuals ready to advocate on behalf of themselves and their loved ones. The concept of advocacy became central to the St. Louis Arc’s mission. The agency developed a Family Organization, which focused on teaching people how to have their voices heard when it came to issues directly impacting their loved one. Self-advocacy for young people was also central to a new St. Louis Arc program called Neighborhood Experiences. This program provided participants with  volunteer opportunities throughout the summer session, giving them the self confidence, experience and skills needed when it came time to find their first job. The Arc’s Prevention Project also took off in the 2000s, educating  the public about Fetal Alcohol Syndrome (FAS). Using school presentations and increased media attention, the Arc took the lead in speaking out against FAS.

Expanding Our Reach: The St. Louis Arc’s Family Tree takes full shape, as the agency moves into its new Family Center in 2010. Located at 1177 N. Warson Road in Creve Coeur, the state-of-the-art building is a place of hope and support for families. The Arc’s Family Center is a true community anchor, providing support, services and advocacy for thousands of people now and for generations to come. 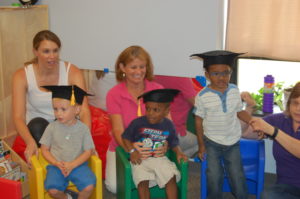 In 2012 the Belle Center, an organization with a 28-year history as a leader in early childhood services, became a part of the St. Louis Arc. The resulting entity – Belle Children’s Services of St. Louis Arc – combines the Belle Center’s expertise in early intervention with the Arc’s leadership in family
support services.